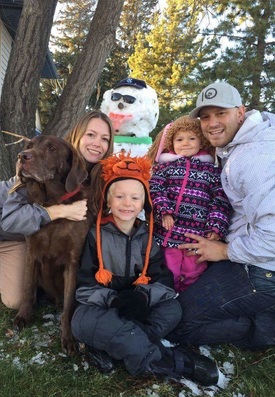 Adin Dereniwski has been playing piano for 36 years!  She started at the age of 2!!

She is registered with Royal Conservatory of Music as a piano teacher, was a Licensed Early Childhood Music Educator and was a Licensed Franchise Owner and Educator of Kindermusik, in the past.
​When she was only 12 years old ,she had high school music credits and by the age of 14 she had University Credits.  She did not need to audition to get in to the Department of Music as her marks were high enough, with Royal Conservatory of Music, to study without audition.  At age 14, she was playing piano at University of Saskatchewan level.
After 2 years of studying classes in Arts and Science, Adin studied in the Department of Music, at the University of Saskatchewan.
Adin Dereniwski also has developed her own music and movement programs for toddlers.  Adin Dereniwski is the president and owner of Hawk's Nest Music Studio, which has been successfully running for 10 years.

Adin, over the years, has continued to always be involved with music.
First place in numerous Music Festivals
First place in a local talent shows for songwriting and composition
Commercial writer and jingle writer for Rawlco Radio, as well as being a backup singer for the C95 band
Voice-over artist in over 100 radio commercials
Singer and Actress in Musical Variety Children's Theater at the Off Broadway Dinner Theater
Performed in numerous Fringe Festivals as a Broadway Childrens Musical Theater Shows
Composed and performed numerous songs for weddings.
Cast in Jason Blaine's "Flirtin with you" music video as an actress
Cast in the Aniti bullying move The Instigator as the lead characters girlfriend
Developed her own methods of teaching for piano
​Adin Dereniwski, is also currently the Junior Choir Teacher at the St. John's Lutheran Church.

Adin has taught adult students and she has also taught over 20 infants and toddlers baby signs (ASL) as well as music and movement classes through her past Kindermusik franchise.

In the past, Adin has also been involved in children's theater and has been a volunteer at the Children's Festival. .

Adin had taught at a music school, in Saskatoon and thought it would be a great idea to open a music school in her community to offer lessons at affordable costs, with a warm atmosphere and to help young artists grown and learn to love music.  Her main focus is engaging students to enjoy music, while learning in classes structured around their interests.
Adin, currently resides in Warman with her husband and 11 year old son and 6 year old daughter.